As a child, I never had my mother around. I don’t have memories of my mother being around, no mother-daughter relationship, and as I grew into a teenager, my father saw how much I was in need of a mom and it would make him so sad. He would tell me stories about how my mother would leave for days sometimes weeks, and he had no idea where she was. My father would say, “I used to go look for your mother just so she can come and be a mother to you and your brother” I never really understood why my father went searching for someone who never wanted to mother their kids. So as a young adult, I blocked out mothering in my life. I was embalmed with not having a mother.

When people asked me about my mother then, I would respond, “My mother is dead.” I did not know what else to say. I knew it wasn’t right to say such a thing but at the time, that was how I felt because she never made an effort, she never tried, and she was never present. I was dead to her and so, I figured she was dead to me too.

A couple of years later, I got pregnant and I had a child. The need to have my mother in my life resurfaced in my heart. I started working on us having a relationship and for some reason, it did not work out. I felt like there was no bond, no connection between us. She and I could sit in a room and I wouldn’t even feel like she was my mother. I don’t know how to explain it. I never felt that comfort with her, she is almost like a stranger in the room with me.

Even though we were like oil and water, I  kept trying to work on the relationship. In the process of me trying to mend our relationship, she was diagnosed with cancer. Another part of me kicked in and I felt the urge to be that amazing daughter to her.  I wanted to make her proud, I wanted to be there for her, I wanted her to know I forgave her and whatever had happened in the past did not matter. All that mattered at the time was me being there for her – being present and that I was.

Gratefully, she got better but contrary to what you’d expect, the relationship dropped back to square one. It was like we did not know each other. I have never disrespected her, but we couldn’t find a meeting point, a connection.

Few years after, August 2016, I had the most traumatic experience and my world turned was turned upside down. I felt lost and had no clue what was going on in my life or where I was headed. Again, I needed my mother so I contacted her.

“I am desperate, I need help, I need someone to hold me and I want to come down to Maryland because I want to be with you. It is not safe for me to be be by myself right now.”

I remember my mother saying, “You better sit your ass down and do not come over here!”

I was shocked and hurt by her response. It dawned on me that I had no one to turn to and that was the beginning of my therapy search. With the turmoil that I was experiencing at that time, therapy was my only answer after God.

In therapy I learned about overcoming co-dependency and a book called, ‘Healing the Child Within’ by Dr. Charles L. Whitfield.

Going through therapy and reading Dr. Whitfield’s book, made me realize how much I was so needy and so desperate to find a mother in the people around me.

A mother is someone who is supposed to nurture you, validate you, love you unconditionally, support you, and be loyal and trustworthy to you. A mother should hold you and hug you when you need hugs.

Anyway, I started the whole spiritual and mental journey to better myself. My intentions for therapy was to fix me and start working on overcoming co-dependency. I can’t wait around for anyone, not even my own mother to fix me. During therapy, I learned all the ways I use to sabotage relationships, destroy them before they even started, because I was looking for a mother in everyone.

I was going around wanting, praying, looking for a mother in a neighbors, in a co-worker, in a manager, in a friend and I just ended up placing so much pressure on them.

Feel responsible for other people’s actions – I blamed myself for my mother’s actions -I was so angry and I hated myself. If I could, I probably would have thrown myself in the river, the sea, or wherever.

I focused on other people’s needs and neglected my own – I chose to be present for her and disregarded my pain.

Waiting for someone to give me permission to be me – on a daily basis, I felt awkward. Being me was a struggle, I thought something was wrong with me.

Validation – I needed someone to say that it was okay to be me and so I lost touch with myself. I was afraid of not being liked. Even in my marriage; my husband, I placed so much pressure on him. I wanted him to fix me because I didn’t know how to fix myself.

Setting boundaries –  I struggled with standing up for myself because I was afraid I would lose that person. I tolerated all bad behaviors and made excuses for the people that behaved so badly towards me.

Difficult adjusting to change –  I was indecisive, self-doubting and double-minded. The thought of change or something new was terrifying to me. That was my life.

Unable to trust people – I trusted no one. I always wrote scripts in my head about people’s actions towards me. Taking things personal when it had nothing to do with me. I am still a work in progress, I am still trying to get rid of my childhood pain.

I strongly recommend that you read the book, ‘Healing the Child Within’ by Dr. Charles Whitfield. This book and therapy has allowed me to tap into myself and start the work.

Just a friendly reminder!!! I hope you are lovin

Parent/s who are addicts impact their children’s

What happens when these needs are not met? When yo

How to be the hero you need?

15 warning signs you have abandonment issues

7 ways to be authentic to yourself 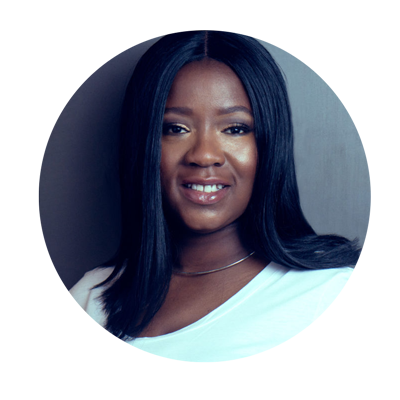